Chatted with G after dinner about "The Iron Lady" but not really sure he realized until I mentioned it that Margaret Thatcher has Alzheimer's Disease. The movie, however, really affected him. (I think the movie and Ms. Streep did a really good job of portraying what it is like to live with the BIG A.)

In the past (B.A. = Before Alzheimer's) when he got really involved in a "heavy" movie he would be distracted and "lost in it" for a while after (hours at least.) This time his distraction via Alzheimer's showed up during dinner when he didn't know how to cut the peach in his peaches and cottage cheese, started to pull it apart with his fingers, so I cut up his food for him. He was quite confused between his knife and spoon, when he did figure out that the knife was to spread jam on his English muffin he did not really understand the principal of how a knife carries the jam and spreads it.

After his muffin was gone, he loaded up his knife with more jam, "Where am I supposed to put this?" he asked. "Back in the jar," I replied, "you have no more muffin to put it on."

He was aware of how confused he was and (in his few-ly worded way) recognized "How I am after a movie." 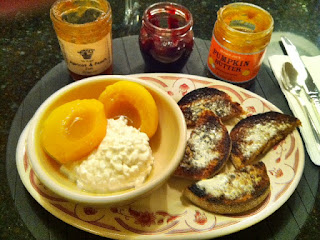 Posted by Michael Horvich at 11:03 AM No comments:

Today Gregory and I went to see The Iron Lady, a movie about Margaret Thatcher who is played by Meryl Streep. After seeing Ms. Streep in Julia and Julie, I knew we had to see this one. Miss Streep is one of THE actors of our time.

Early in the movie I realized that part of telling Ms. Thatcher's story is that she, at 82, suffers from dementia which has been labeled Alzheimer's Disease. Totally unprepared. So you can imagine I cried through a lot of the movie. Not sure how Gregory felt about it. Maybe we'll discuss it in a little while over dinner. Then again, why ruin a good meal. Maybe before bedtime. Then again, why ruin a good night's sleep?

Below is the link to an article I found on the internet which talks about Ms. Thatcher's daughter and her autobiography.

Click here to go to Mary Kenny's article.
Posted by Michael Horvich at 7:50 PM No comments:

Where do I take my numbness?

Maybe I am exaggerating but it is as if he cannot. anymore, name or recognize most words. When he needs something he has to show me because he cannot name it. When referring to something I have to play guessing games. Usually, I eventually guess what he needs but not without having to cover my pain. When I name an item, he doesn't necessarily know what I am talking about. For sure he has lost up, down, behind, in front of, on, in, etc. So much for most communication.

Just now he brought me a piece of lunch meat so I could smell if it was OK. Glad he remembered to do that rather than just eating it.

It was spoiled so I said, "It is spoiled. Throw it away and then wash your hands." I heard the cabinet door to the trash open and close but I did not hear him wash his hands. I questioned. "Did you wash your hands?"

I saw that he had not. "I don't think you did, please wash your hands."

More and more, after drying dishes after dinner, he does not know where they belong.

He forgets how to use his knife and fork so uses his fingers more often. If there are two forks, as at the restaurant, he gets really confused.

When gathering his clothes for the morning he took only one sock. When I showed him, he didn't know what was wrong with the picture.

He put his reading glasses on the bed while he took his pills, then got under the covers and couldn't find the glasses, which had been pushed down under the pillow. I didn't know this but in the morning found his glasses at the bottom of the bed.

And other times, everything still seems normal.

This happens almost all the time now. I have such a difficult time living in his world. I am numb. Where do I take my numbness?

The Poetry of Alzheimer's

Alzheimers, like poetry, is about words.
Letters combined into words into sentences,
Making up thoughts, and ideas and stories.

A poet searches for just the right word,
To convey meaning, experience, emotions
The essence of the things of life are told.

A person with dementia searches as well,
Through the emptiness, confusion and fear,
Trying to express the simplest of ideas.

At times the poet is can be articulate,
And often times beautifully lyrical,
But always in control of his words.

The person with dementia can be articulate
But at times cannot express himself at all
And over time the control of words escapes.
Posted by Michael Horvich at 1:43 PM No comments:

Posted by Michael Horvich at 12:10 PM No comments:

On December 31, two days ago, we received a call from Gregory's niece Renee telling us that Mark, Gregory's brother, had suffered a major stroke and that only time would tell if he survived it or not. This after many over the years "resetting the heart" procedures, watching his weight, putting in a pace maker, removing the pacemaker in favor of a machine that basically ran his heart full time.

It brings a heaviness to the air that one cannot completely describe and that is yours to carry around during your day to day activities of living. You continue to live as he possibly continues to die. It reminds you of your own fragility as well as your continued strength. You feel a sense of sadness and fear yet numbed versions. Did I say a sense of helplessness. Pray? Not sure how that helps. Hold positive healing thoughts, sounds better to me.

So we continue to wait and hope try not to notice that shadow following us around the house.

Posted by Michael Horvich at 2:56 PM No comments:

In a previous post, I talked about a down and out, alcoholic dishwasher that worked temporarily at Jerome's Restaurant (no longer open) some thirty years or so ago when I waited tables and tended bar, who when asked on arriving for my shift, "How are you doing?" always replied, "Never better!." Now that is optimism.

In a previous post, I may have talked about a call Gregory received from his mother (now deceased) asking, "What is the definition of an optimist?" with the answer "An eighty year old couple who are building a new house!" as a way of announcing their move back to Goshen, Indiana from Florida and buying a house that was newly under construction.

An update on this matter of optimism comes at a meeting Gregory and I had with our lawyer to bring up to date our five year old trust, wills, powers of attorney etc; when Gregory brought Janna up to date on his situation by saying, "You know ... this Alzheimer's thing ... It isn't ... causing ... really any problems."

Truth hidden and frail.
Each day more sadness
Covered by my smiling veil.

What of optimism
Or of thoughts attracting thought?
Might it  be just a sham of hope
That really serves for naught?

Even Love is not as strong
A cure-all as it used to be.
I wake with the sun, and begin again
Despair following me. 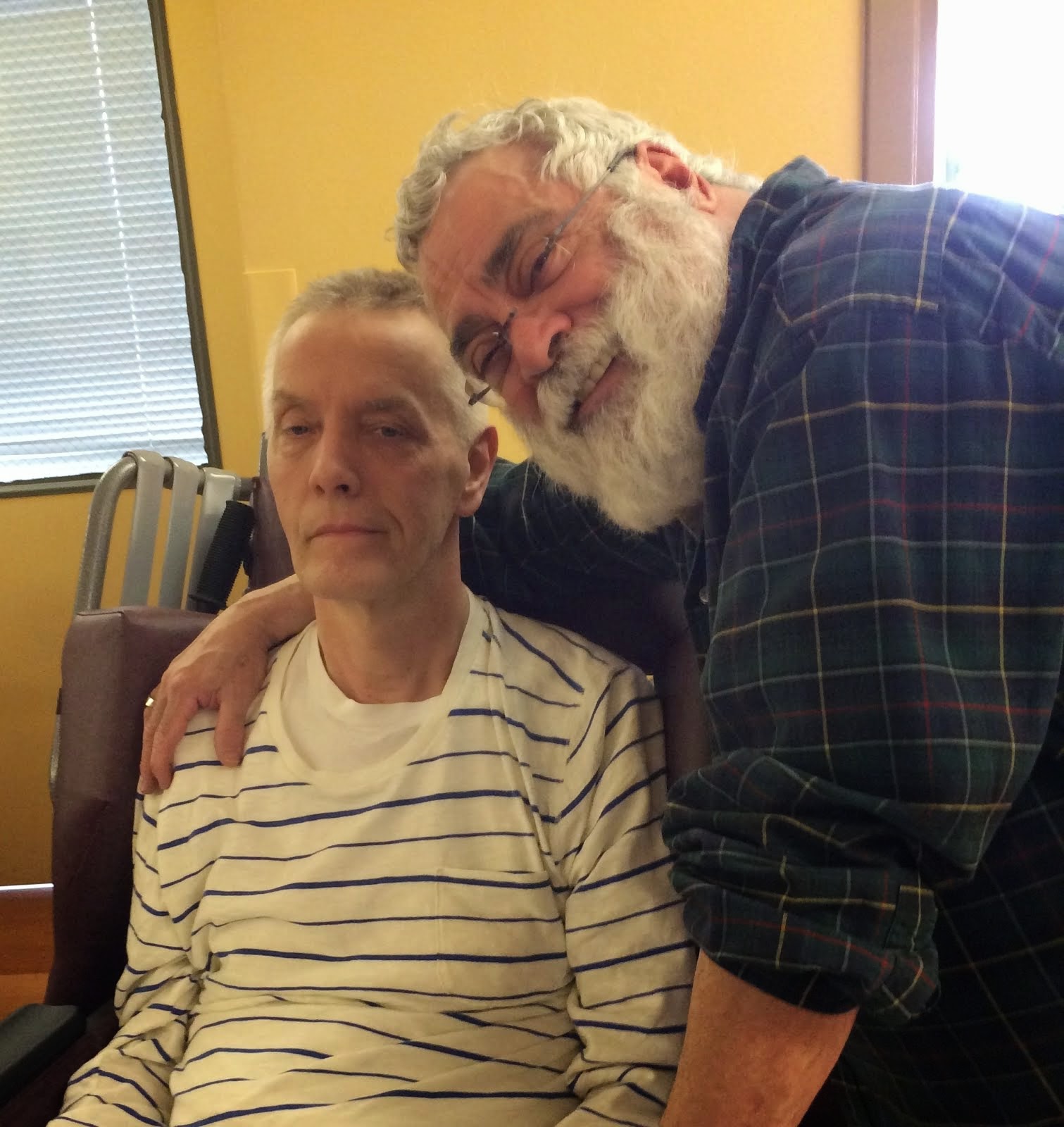 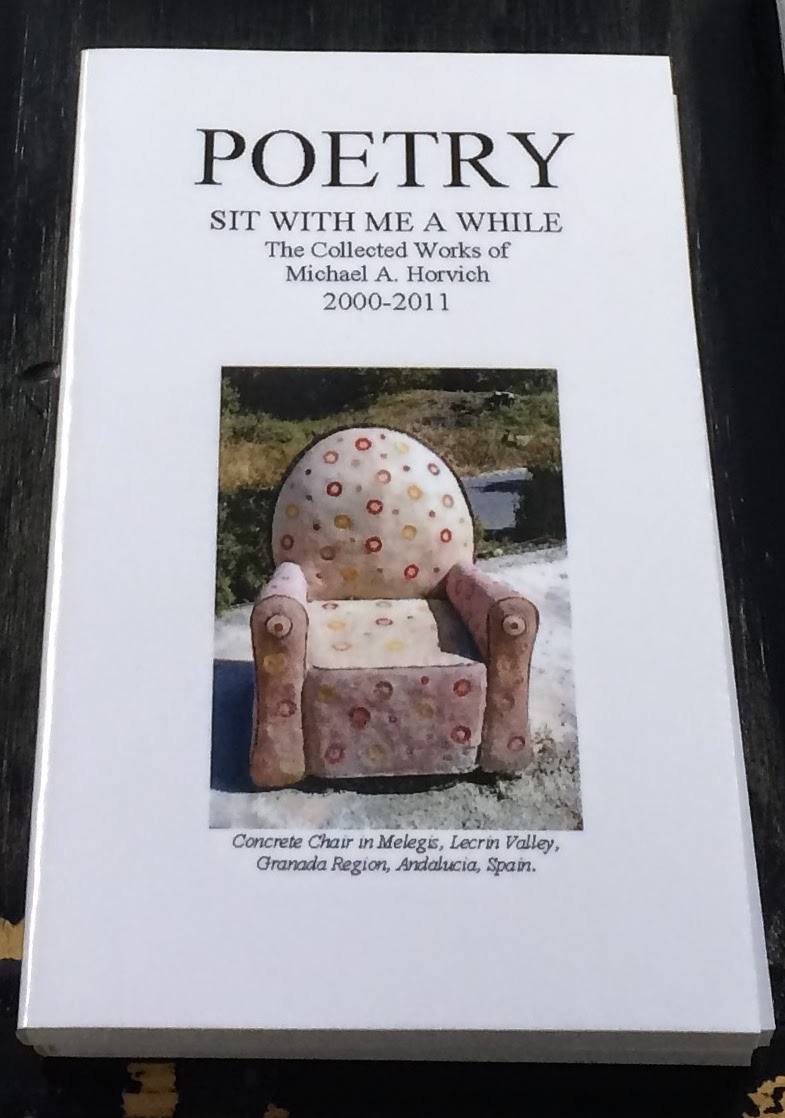 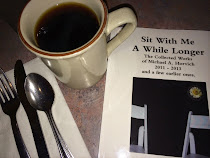